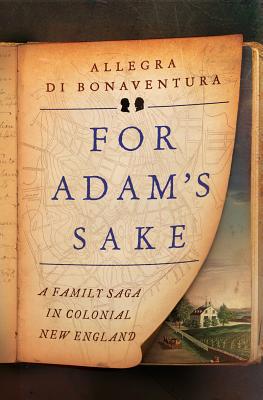 By Allegra di Bonaventura
Call or email to see if a used copy is available.
Out of Print

Early New England history writing often leaves contemporary readers feeling that they've been watching a quaint costume drama enacted by characters lacking in recognizable behavior traits. That's not the case with this book. Colonial New London teems with life, the reader gets up close and personal with an extraordinary cast of characters, and their stories are unforgettable. One of finest New England history books in decades. — Bill Lewis

“A work of astonishing ingenuity, intellectual and emotional depth, and (most of all) brilliant writing.”—John Demos, author of The Unredeemed Captive

In the tradition of Laurel Thatcher Ulrich’s classic, A Midwife’s Tale, comes this groundbreaking narrative by one of America’s most promising colonial historians. Joshua Hempstead was a well-respected farmer and tradesman in New London, Connecticut. As his remarkable diary—kept from 1711 until 1758—reveals, he was also a slave owner who owned Adam Jackson for over thirty years. In this engrossing narrative of family life and the slave experience in the colonial North, Allegra di Bonaventura describes the complexity of this master/slave relationship and traces the intertwining stories of two families until the eve of the Revolution. Slavery is often left out of our collective memory of New England’s history, but it was hugely impactful on the central unit of colonial life: the family. In every corner, the lines between slavery and freedom were blurred as families across the social spectrum fought to survive. In this enlightening study, a new portrait of an era emerges.

Allegra di Bonaventura is the associate director of graduate programs at Yale Law School. She received a PhD from Yale University and a JD from Yale Law School. She is the author of For Adam’s Sake, which was awarded the New England Historical Association James P. Hanlan Book Award and named one of the best books of 2013 by the Wall Street Journal.

This is an extraordinary story about ordinary people in a pre-revolutionary New England family. Among the people are a master and his slave, the only account of such psychological depth I have seen in all the family histories of New England. Impeccably researched, elegantly written, For Adams' Sake is a model of its kind.

A work of astonishing ingenuity, intellectual and emotional depth, and (most of all) brilliant writing.
— John Demos, author of The Unredeemed Captive: A Family Story from Early America

— Jon Butler, author of Becoming America: The Revolution Before 1776

Engrossing… This is an important examination of an often neglected aspect of our colonial heritage.
— Booklist

Thorough and imaginative… the scholarship is stellar.
— Kirkus Reviews

When the subject of slavery arises, colonial New England rarely comes to mind, but di Bonaventura… shows in this gripping dual biography that the institution has a rich history in the region.
— Publishers Weekly

A fascinating view into the little known world of slavery in the north, For Adam’s Sake is well-researched and cogently written. Allegra di Bonaventura’s rich account complicates the traditional narrative of slavery and race in early America, showing the ways in which the peculiar institution was woven into the fabric of life in parts of New England.

— Annette Gordon-Reed, author of The Hemingses of Monticello

In For Adam’s Sake, Allegra di Bonaventura has painted a rich canvas of the eighteenth-century town of New London, Connecticut. In the foreground are Adam Jackson, a slave, and Joshua Hempstead, his owner. For the title, the author pays tribute to Adam and to all the other bondsmen of early New England. The book is a great story; great history.

The murders, attacks against churches, suicides, and illicit sex in For Adam’s Sake kept me turning pages, but Allegra Di Bonaventura’s best stories are of black New Englander John Jackson… and his son Adam, who for half a century knew slavery at its most intimate. Your book club will love For Adam's Sake.

Allegra Di Bonaventura's dazzling debut illuminates the social landscape of colonial New England in all of its fascinating complexity. Centering her study on the port town of New London, Connecticut, and building on the diary of shipwright, yeoman farmer, and community leader Joshua Hempstead, For Adams's Sake traces the entangled histories of New Englanders—prominent and marginal, free and enslaved—across the generations. With deep research and scrupulous fidelity to her sources, Di Bonaventura enables us to hear the voices of her subjects and glimpse the rhythms and ruptures that defined a world we thought we had lost.

An impressively researched and fine-grained account of the intimately intertwined lives of several families and their slaves…. Di Bonaventura’s lucid prose sometimes reaches something close to poetry… [Her] portrayal of Yankee slavery is acute and sensitive, without being sentimental…. In telling the Jacksons’ story, she has recovered from centuries of oblivion people of colonial America’s lowest order, restoring them not just to history, but also to their individuality and humanity. It is a mighty achievement.
— Fergus M. Bordewich - American Scholar

Di Bonaventura’s achievement is to make the familiar seem strange, turning a topic we thought we knew so much about into something that feels new… Slavery may have mattered to prerevolutionary New England in ways that her book does not account for, but she illustrates how it was a noxious institution no matter its regional variation. It corroded the lives of the enslaved, their owners, and the society that supported them.
— Eric Herschthal - The Daily Beast