London Transport Posters: A Century of Art and Design (Paperback) 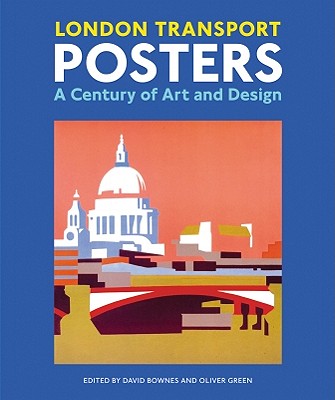 David Bownes is Senior Curator at London Transport Museum. His recent publications include The Metropolitan Railway (2005). Oliver Green is Head Curator at London Transport Museum and has written and lectured extensively on London Transport's design history. Jonathan Black is a Senior Research Fellow in History of Art at Dorich House Museum, Kingston University, with a special interest in early twentieth-century European art, cultural and military history. Emmanuelle Dirix is a design historian and associate lecturer at Central Saint Martins College of Art and Design, London and the London College of Fashion. Claire Dobbin is an art historian and Project Curator at London Transport Museum. Catherine Flood is a Curator of Prints at the Victoria and Albert Museum, London with responsibility for the Museum's poster collection. Bex Lewis is an Honorary Research Fellow in History at the University of Winchester. Alan Powers is Professor of Architecture and Cultural History at the University of Greenwich and has written extensively on twentieth-century British art and design. Paul Rennie is Head of Context in Graphic Design at Central Saint Martins College of Art and Design, London. Brian Webb is a practising designer who, with his former agency Trickett and Webb, designed a number of posters for London Underground.