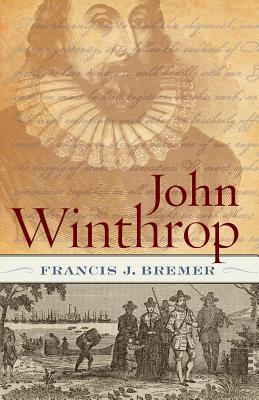 John Winthrop (1588-1649) was the first governor of the Massachusetts Bay Colony and is generally considered the principal architect of early New England society. He led the colonists through the initial struggles to survive in a new world, shaped the political organizations that gave the colonists the right to govern themselves through elected governors and representatives, worked to mediate between those who advanced radical religious and political ideas on the one hand and those who sought a very narrowly defined orthodoxy, and contributed to the development of a system of education which insured the preservation of the founders' heritage.
The details of this brief biography is drawn from the author's larger, prize-winning study, John Winthrop: America's Forgotten Founding Father (Oxford University Press, 2003), though modified in minor ways by his ongoing research. To render it more accessible to an undergraduate audience, Bremer avoids in-depth discussion of theology and other specialized topics and focus instead on trying to provide students with an appreciation of how Winthrop's world differed from theirs, but how at the same time he dealt with issues that continue to resonate in our own society. In placing his life in the context of the times, Bremer discusses Winthrop's family life and the challenges of life faced by men, women, and children in the seventeenth century. The key themes that are integrated into the biographical narrative are how Winthrop's religion was shaped by the times and in turn how it influenced his family life and the moral outlook that he brought to his political career; his understanding of society as a community in which individuals had to subordinate their individual goals to the advancement of the common good; and his struggle to define where the line needed to be drawn between new or different ideas that enriched religious and political growth, and those that threatened the stability of a society.

Dr. Francis J. Bremer is Professor and Chair of the History Department at Millersville University of Pennsylvania. He has published thirteen books and numerous essays, most dealing with puritanism in Old and New England. His 2003 study of John Winthrop: America's Forgotten Founding Father (Oxford) was awarded the John C. Pollock Prize for Christian Biography and an Outstanding Book citation from the Colonial Dames of America. Puritans and Puritanism in Europe and America (ABC-CLIO, 2005) was cited as Outstanding Academic Book of the Year by Choice magazine.