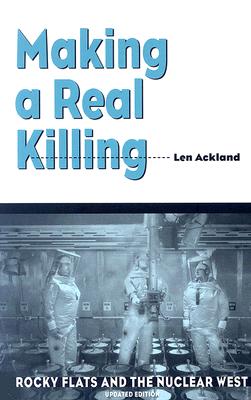 p>Just as huge nuclear explosions result from small spheres of plutonium, the story of the Rocky Flats nuclear weapons plant near Denver, Colorado is much larger than itself. It is about the Church family, who came West seeking gold in 1861, stayed to raise cattle, watched the federal government take a large piece of its land for the weapons plant in 1951--and now is busily developing real estate in the booming suburbs next to the contaminated plant site. It is about the government and private corporations that produced the deadliest devices in history for thirty-seven years, concealed problems behind the wall of national security secrecy, and came close to a Chernobyl-scale disaster during a 1969 fire. It is about plant managers who cut corners to maintain weapons production, workers who saw themselves as loyal Cold War soldiers, and citizen activists who challenged the plant's very existence. And it is about a community that profited from thousands of jobs and contracts but now faces long-term environmental and health risks.

Making a Real Killing examines the way Americans participated in building a nuclear weapons arsenal capable of destroying the human species. To read it is to learn some sobering lessons, including the fact that the democratic process lagged decades behind technological developments.

"As Americans reckon with the legacy of the Cold War, Making a Real Killing deserves a place at the center of our attention. Len Ackland's integrity and hard work remind us how crucial energetic journalism is for a successful democracy."--Patricia Nelson Limerick