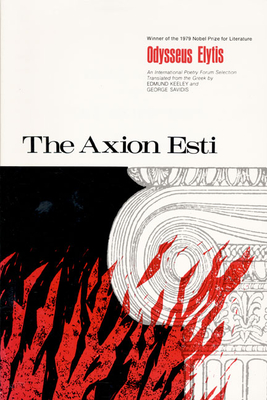 The Axion Esti is probably the most widely read volume of verse to have appeared in Greece since World War II and remains a classic today. Those who follow the music of Greek composer Mikis Theodorakis have been especially drawn to Odysseus Elytis's work, his prose is widely considered a mirror to the revolutionary music of Theodorakis. The "autobiographical" elements are constantly colored by allusion to the history of Greece, thus, the poems express a contemporary consciousness fully resonant with those echoes of the past that have served most to shape the modern Greek experience.

Odysseus Elytis, one of the eminent contemporary poets of Greece, was born in Heraklion, Crete, in 1911.  The poems in his many books have been translated into eleven languages.

"The Axion Esti [is] the work on which Elytis's reputation rests, and which almost certainly won him the Nobel Prize."