Upside Your Head!: Rhythm and Blues on Central Avenue (Paperback) 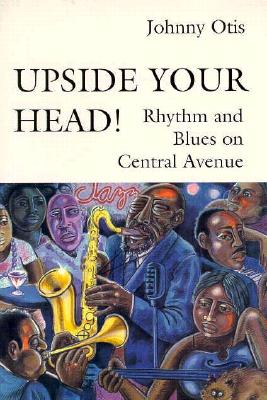 An intriguing memoir by the legendary bandleader.

Legendary jazzman Johnny Otis has spent a lifetime at the center of L.A.'s black music scene as a composer, performer, producer, d.j., activist, and preacher. His energetic, anecdotal memoir, Upside Your Head Rhythm and Blues on Central Avenue, recalls the music, the great performers, and the vibrant culture of the district, as well as the political and social forces -- including virulent white racism -- that have shaped black life in Los Angeles. Resonating with anger, poignancy, joy, and defiance, Upside Your Head is a unique document of the African-American musical and cultural experience.

Upside Your Head recalls a 50-year career when it seems Otis either encountered, discovered, or performed with every significant figure in the early days of rhythm & blues and rock 'n' roll, including Count Basie, Esther Phillips, T-Bone Walker, Big Mama Thornton, and Lester Young. Drawing on dozens of vignettes, personal photographs, and hours of taped interviews from the popular Johnny Otis Show, Upside Your Head offers a moving tribute to the black community that gave birth to L.A.'s rhythm and blues. His stories celebrate the true roots in black culture of a distinctive American music while lamenting its eventual appropriation by the dominant white society.

Born in Berkeley, California, to a Greek immigrant family, JOHNNY OTIS grew up in a predominantly black neighborhood and developed a passionate commitment to the culture and music of African-Americans. He became a professional musician and went on to become a successful performer, composer, record producer, and talent scout. Otis wrote and performed the rock and roll hit Willie and the Hand Jive, played with such greats as Charlie Parker, Count Basie, and Lester Young, and discovered and promoted such stars as Little Esther Phillips and Big Mama Thornton. An author, sculptor, and painter as well, Otis continues t tour and perform regularly.