Revolutionary Outlaws: Ethan Allen and the Struggle for Independence on the Early American Frontier (Paperback) 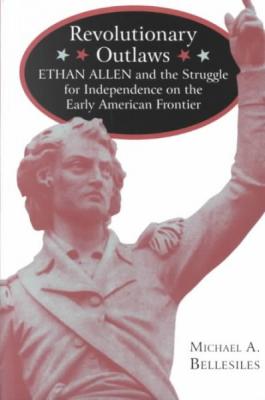 By Michael Bellesiles
$39.50
In Stock

By law and by logic Vermont should not exist...but it does...and the amazing story is wonderfully told in this modern, deeply researched history. Outstanding! — Bill Lewis

In this revisionary look at the eighteenth-century frontier, Michael A. Bellesiles shows us that more than a legendary Revolutionary War hero, Ethan Allen was the leader of a group of frontier subsistence farmers united in their opposition to New York elites and land speculators; the independence Allen and his followers fought for was as much from eastern elites as it was from the British crown. But what makes the story of the Green Mountain frontier so remarkable is that the settlers won.

Revolutionary Outlaws is both a biography of Ethan Allen and a social history of the conflict between agrarian commoners and their wealthy adversaries. It explores the roots of popular political commitment to the patriot cause, the significance of rural crowd activity, the character of popular religious culture and dissent, and the origins and structures of an emerging democratic polity.

Michael Bellesiles is Assistant Professor of History at Emory University. He received the Louis Pelzer Award for his article "The Establishment of Legal Structures on the Frontier."