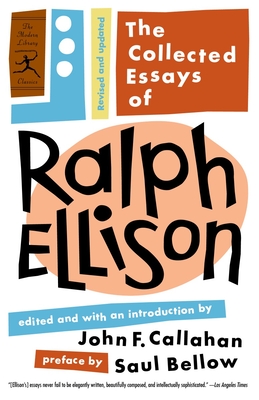 Compiled, edited, and newly revised by Ralph Ellison’s literary executor, John F. Callahan, this Modern Library Paperback Classic includes posthumously discovered reviews, criticism, and interviews, as well as the essay collections Shadow and Act (1964), hailed by Robert Penn Warren as “a body of cogent and subtle commentary on the questions that focus on race,” and Going to the Territory (1986), an exploration of literature and folklore, jazz and culture, and the nature and quality of lives that black Americans lead. “Ralph Ellison,” wrote Stanley Crouch, “reached across race, religion, class and sex to make us all Americans.”

Saul Bellow, winner of the Nobel Prize in literature, has written thirteen novels and numerous novellas, stories, and essays.