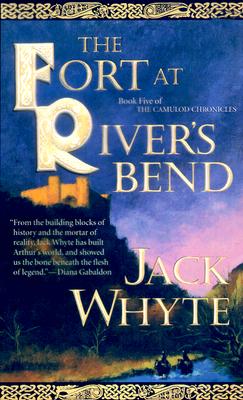 Merlyn Britannicus, leader of the Colony known as Camulod, is faced with the task of educating his younger charge, Arthur, future King of the Britons. Fearing for the life of his nephew when an assassination attempt goes awry, Merlyn takes Arthur and his boyhood companions Gwin Ghilleadh, and Bedwyr on a journey that will take then to the ruins of a long-abandoned Roman fort--far from Camulod and the only place where Merlyn feels they will be safe. It is there that Merlyn will enlist the help of this close-knit group of friends to help Arthur learn the skills of a warrior and the tough lessons of justice, honor, and the responsibilities of leadership. Arthur is just a boy..but the day is not far off when he will have to claim the sword that is his birthright: Excalibur.

Jack Whyte is a Scots-born, award-winning Canadian author whose poem, "The Faceless One," was featured at the 1991 New York Film Festival. "The Camulod Chronicles" is his greatest work, a stunning retelling of one of our greatest legends: the making of King Arthur's Britain. He lives in British Columbia, Canada.

"From the building blocks of history and the mortar of reality, Jack Whyte has built Arthur's world, and showed is the bone beneath the flesh of legend."--Diana Gabaldon

"A series that promises to provide historic plausibility to the legend of King Arthur...the best of its type in the near quarter of a century since Mary Stewart's version of these legends burst upon the publishing scene."--The Cattanooga Times