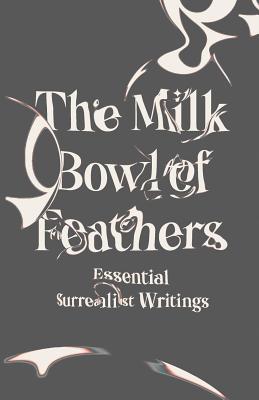 An exciting new collection of the essential writings of surrealism, the European avant-garde movement of the mind’s deepest powers

Originating in 1916 with the avant-garde Dada movement at the famous Café Voltaire in Zurich, surrealism aimed to unleash the powers of the creative act without thinking. Max Ernst, André Breton, Tristan Tzara, Paul Éluard, Philippe Soupault, and Louis Aragon created a movement that spread wildly to all corners of the globe, inspiring not only poetry but also artists like Joan Miro and René Magritte and cinematic works by Antonin Artaud, Luis Bunuel, and Salvador Dalí. As the editor, Mary Ann Caws, says, “Essential to surrealist behavior is a constant state of openness, of readiness for whatever occurs, whatever marvelous object we might come across, manifesting itself against the already thought, the already lived.”

Mary Ann Caws is Distinguished Professor of English, French, and Comparative Literature, and Emerita and Resident Professor at the Graduate School of the City University of New York. She has translated and written on many surrealist writers including André Breton, René Char, Paul Eluard, Salvador Dalí, and Pablo Picasso.

A decisive addition to the Surrealist English library, as it includes short texts by often-overlooked female Surrealists...The Milk Bowl of Feathers book is accessible, delightful, and inexpensive.
— Joseph Nechvatal - Hyperallergic

This is a welcome volume.
— Rain Taxi

A satisfying thrill.
— The Rumpus

Mary Ann Caws, distinguished scholar and beloved doyenne of all things surrealist, has edited a slim but utterly delightful volume of essential surrealist writings titled The Milk Bowl of Feathers. It is a collection that delivers new insights into this radical movement with a laser focus, and, importantly, rectifies some past omissions to the surrealist literary canon with a few deft and expert inclusions, namely of women and non-French writers.

Surrealism is destructive, but it destroys only what it considers to be shackles limiting our vision.
— Salvador Dali

Every page should explode, either because of its staggering absurdity, the enthusiasm of its principles, or its typography.
— Tristan Tzara