A Reforming People: Puritanism and the Transformation of Public Life in New England (Paperback) 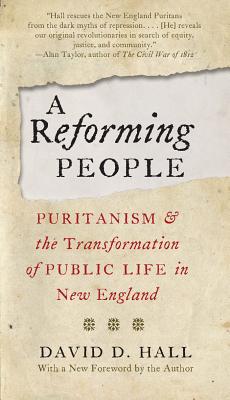 Reform was in the air during the early 1600s in both Old and New England. No, the Puritans were not paragons of liberty and tolerance but they were way ahead of their former countrymen. A leading scholar elegantly puts things in perspective. Not for everyone...but if you're serious about the Puritans don't hesitate. — Bill Lewis

In this revelatory account of the people who founded the New England colonies, historian David D. Hall compares the reforms they enacted with those attempted in England during the period of the English Revolution. Bringing with them a deep fear of arbitrary, unlimited authority, these settlers based their churches on the participation of laypeople and insisted on consent as a premise of all civil governance. Puritans also transformed civil and criminal law and the workings of courts with the intention of establishing equity. In this political and social history of the five New England colonies, Hall provides a masterful re-evaluation of the earliest moments of New England's history, revealing the colonists to be the most effective and daring reformers of their day.