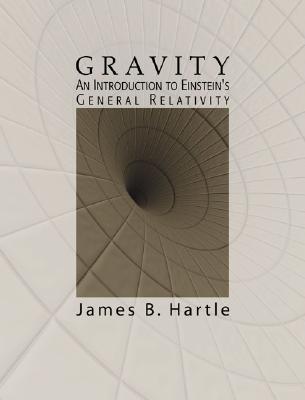 By James Hartle
Call or email to see if a used copy is available.
Out of Print

The aim of this groundbreaking new text is to bring general relativity into the undergraduate curriculum and make this fundamental theory accessible to all physics majors. Using a "physics first" approach to the subject, renowned relativist James B. Hartle provides a fluent and accessible introduction that uses a minimum of new mathematics and is illustrated with a wealth of exciting applications. KEY TOPICS: The emphasis is on the exciting phenomena of gravitational physics and the growing connection between theory and observation. The Global Positioning System, black holes, X-ray sources, pulsars, quasars, gravitational waves, the Big Bang, and the large scale structure of the universe are used to illustrate the widespread role of how general relativity describes a wealth of everyday and exotic phenomena. MARKET: For anyone interested in physics or general relativity.

James B. Hartle was educated at Princeton University and the California Institute of Technology where he completed a Ph.D. in 1964. He is currently Professor of Physics at the University of California, Santa Barbara. His scientific work is concerned with the application of Einstein's relativistic theory of gravitation (general relativity) to realistic astrophysical situations, especially cosmology. Professor Hartle has made important contributions to the understanding of gravitational waves, relativistic stars, and black holes. He is currently interested in the earliest moments of the Big Bang where the subjects of quantum mechanics, quantum gravity, and cosmology overlap. He has visited Cambridge often since 1971 and has collaborated closely with Stephen Hawking over many years, most notably on their famous "no boundary proposal" for the origin of the universe. Professor Hartle is a member of the U.S. National Academy of Sciences, a fellow of the American Academy of Arts and Sciences, and is a past director of the Institute for Theoretical Physics in Santa Barbara.