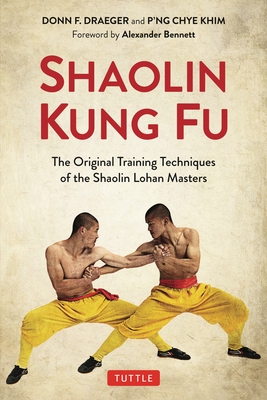 Donn F. Draeger was one of the world's leading authorities on Asian martial arts and was a highly regarded figure in Japan. Licensed in Japan as a teacher of numerous martial arts, he wrote prolifically on the subject. His many publications include Judo Formal Techniques, The Weapons and Fighting Arts of Indonesia and the six-volume Practical Karate series. P'ng Chye Khim trained in the Shaolin tradition, was a Kung-fu master and head instructor of the Penang Sao Lim Athletic Association (Malaysia); he was also a licensed acupuncturist. Alexander Bennett is a professor of Japanese history, martial arts and Budo theory at Kansai University. He cofounded and publishes Kendo World, the first English-language journal dedicated to Kendo. He holds black belts in several martial arts--Kendo Kyoshi 7-dan, Iaido 5-dan and Naginata 5-dan. His published works include Hagakure: The Secret Wisdom of the Samurai, The Complete Musashi: The Book of Five Rings and Other Works and Bushido: The Samurai Code of Japan.