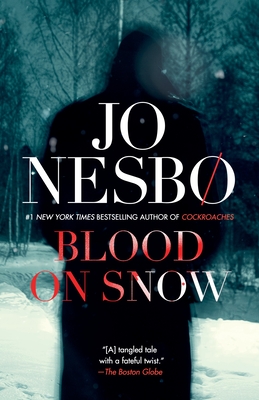 Nesbo's latest book is a departure from his usual hard boiled detective novels. It's told in the first person by Olav a hit man who works for an Oslo crime boss. Most of Olav's hits are on criminals but his latest contract is for the crime boss's wife. As the novel unfolds Olav embarks on a philosophical discourse on death and love as he decides how he's going to handle the situation.. An interesting more literary read from a favorite author.

Olav Johansen is a walking contradiction: He's a cold-blooded killer with a heart of gold. Normally this is not a problem. . . .

Olav is a fixer for a high-profile crime kingpin in 1970s Oslo. He easily takes care of anyone who causes trouble for his boss. But he is more complicated than he seems. Olav's latest job puts him at the pinnacle of his trade, but it may become his greatest mistake: It turns out that the more you know about your boss's business, the more your boss might want you fixed yourself—especially if you're falling for his wife.

JO NESBØ is a musician, songwriter, economist, and author. His first crime novel featuring Harry Hole was published in Norway in 1997 and was an instant hit, winning the Glass Key Award for best Nordic crime novel. He is the author of ten Harry Hole novels; Headhunters; The Son; and several children’s books. His books have been translated into forty-seven languages. In 2008, he established the Harry Hole Foundation, a charity to reduce illiteracy among children in the developing world. He lives in Oslo.

Praise for Jo Nesbø and Blood on Snow

“[A] tangled tale with a fateful twist.” —The Boston Globe

“Nesbø’s much-heralded gifts are on display—using his talent for conjuring the chilly Munch-like atmospherics of Oslo in the winter and his eye for grisly, alarming details that slam home the horror of the evil that men do.” —The New York Times Book Review

“[An] incendiary cocktail of murder, revenge and a hitman with . . . problems.” —The Independent (London)

“Quick, entertaining. . . . [An] excursion to a slightly different corner of the criminal underworld, where death and love become tangled together in the cold, dark streets.” —Paste Magazine

“In the crowded field of Scandinavian crime fiction, Nesbø’s books stand out. . . . [He] likes to rip plots up . . . to play with the conventions of his genre.” —The New Yorker

“Noiry and pulpy: Nesbø’s gorgeously rendered images of snow, and of the titular blood on snow . . . are crying out to be filmed.” —The Guardian (London)

“[Blood on Snow] moves along swiftly in the carefully controlled voice of the killer. And before you know it, you’re in the middle of one of the wildest scenes in recent crime fiction . . . where there’s hardly any place to duck, just as in this entertaining novel, when the bullets fly.” —All Things Considered/NPR

“Nesbø is a master storyteller, gripping the reader from the first page.” —Daily Express (London)

“I am the world’s greatest living crime writer. [Jo Nesbø] is a man who is snapping at my heels like a rabid pit bull poised to take over my mantle when I dramatically pre-decease him.” —James Ellroy