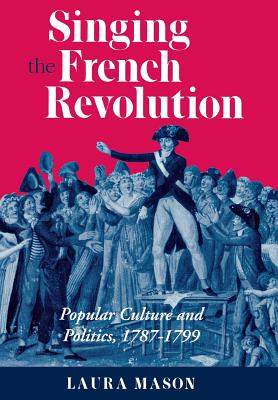 Laura Mason examines the shifting fortunes of singing as a political gesture to highlight the importance of popular culture to revolutionary politics. Arguing that scholars have overstated the uniformity of revolutionary political culture, Mason uses songwriting and singing practices to reveal its diverse nature. Song performances in the streets, theaters, and clubs of Paris showed how popular culture was invested with new political meaning after 1789, becoming one of the most important means for engaging in revolutionary debate.Throughout the 1790s, French citizens came to recognize the importance of anthems for promoting their interpretations of revolutionary events, and for championing their aspirations for the Revolution. By opening new arenas of cultural activity and demolishing Old Regime aesthetic hierarchies, revolutionaries permitted a larger and infinitely more diverse population to participate in cultural production and exchange, Mason contends. The resulting activism helps explain the urgency with which successive governments sought to impose an official political culture on a heterogeneous and mobilized population. After 1793, song culture was gradually depoliticized as popular classes retreated from public arenas, middle brow culture turned to the strictly entertaining, and official culture became increasingly rigid. At the same time, however, singing practices were invented which formed the foundation for new, activist singing practices in the next century. The legacy of the Revolution, according to Mason, was to bestow new respectability on popular singing, reshaping it from an essentially conservative means of complaint to an instrument of social and political resistance.

Laura Mason is Assistant Professor of History at the University of Georgia.