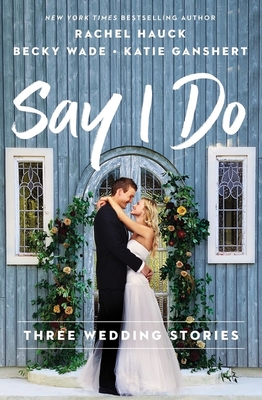 From three bestselling authors come sweet stories about love, friendship, and happily ever after.

Ginger emerges from the pain of a childhood tragedy with a gift for bringing out the beauty in others. Despite her prestigious partnerships and clients, Ginger can't help feeling like she's on the outside looking in. But Ginger will have to rally her confidence when she's asked to be the "beauty-maker" for the Alabama society wedding of the decade.

Then her high-school crush Tom Wells Jr. also returns to town and asks her for a haircut, Ginger's thinly veiled insecurities threaten to keep her locked away from love. Despite Tom's best efforts, Ginger can't forget how he disappeared on her twelve years ago and broke her heart. Can she ever trust him again?

Eight years have passed since Holly last saw her high school sweetheart, Josh. Now his best friend's wedding has brought Josh back to Martinsburg, Texas. His duties as best man and Holly's as the church's volunteer wedding coordinator link them together. She never told him the true reason for their breakup all those years ago, but it's hard to keep the secret as feelings reemerge. And with those feelings comes the fear that held her back the last time.

Not a day's gone by since Josh parted from Holly that he hasn't thought about her. He doesn't want to make himself vulnerable to her again, but the more time he spends with her, the harder it is to deny the love he still has for her. As the wedding approaches, both Holly and Josh will have to decide if they want to risk everything for love.

Emma Tate has just ended an engagement. So when she suddenly announces that she's engaged--again--this time to her lifelong buddy Jake Sawyer, every busybody in town is talking about it. Of course, no one but Jake and Emma know the real reason they're getting married: so Emma's dying father will have a chance to walk her down the aisle.

But while Jake and Emma move forward with their plan and frantically organize an October wedding, it becomes clear that their agreement has a few complications--the biggest being their true feelings for each other. With dubious friends, ecstatic parents, and nosy neighbors, Emma and Jake have a lot to contend with if they're going to pull this off. The real question is who wants this wedding more, Emma's dad or Emma?