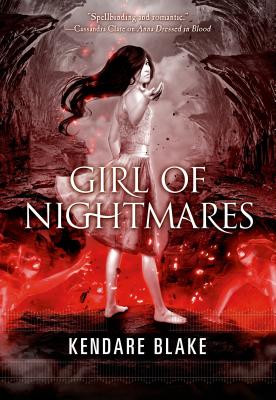 This is book number 2 in the Anna Dressed in Blood Series series.

It's been months since the ghost of Anna Korlov opened a door to Hell in her basement and disappeared into it, but ghost-hunter Cas Lowood can't move on.

His friends remind him that Anna sacrificed herself so that Cas could live—not walk around half dead. He knows they're right, but in Cas's eyes, no living girl he meets can compare to the dead girl he fell in love with.

Cas doesn't know what happened to Anna when she disappeared into Hell, but he knows she doesn't deserve whatever is happening to her now. Anna saved Cas more than once, and it's time for him to return the favor.

“At once as eerie and terrible as it is sad and romantic, Anna Dressed in Blood is not your normal ghost story. [...] This captivating story pulls no punches, making for a breathless read that lingers in the imagination long after the last page is turned.” —NPR on Anna Dressed in Blood

“Abundantly original, marvelously inventive and enormous fun, this can stand alongside the best horror fiction out there. We demand sequels.” —Kirkus Reviews, starred review on Anna Dressed in Blood

“Anna Dressed in Blood is a dark and intricate tale, with a hero who kills the dead but is half in love with death himself. By the end of the book, you will be too. Spellbinding and romantic.” —Cassandra Clare, #1 New York Times bestselling author of the Mortal Instruments series on Anna Dressed in Blood

“Cinematic and compelling. Blake's smooth combination of gore and romance should have little problem attracting the Twilight crowd.” —Booklist on Anna Dressed in Blood

“It's the old boy meets girl story, if the boy is a wry, self-destructive ghost-hunter bent on avenging his father and the girl is a homicidal ghost trapped in a house full of everyone she's ever murdered. Needless to say, Cas and Anna are my new favorite twosome. When I got to the last page, I flipped back to the first.” —Holly Black, New York Times bestselling author of Red Glove on Anna Dressed in Blood