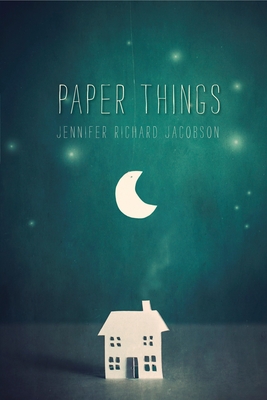 When Ari’s mother died four years ago, she had two final wishes: that Ari and her older brother, Gage, would stay together always, and that Ari would go to Carter, the middle school for gifted students. So when nineteen-year-old Gage decides he can no longer live with their bossy guardian, Janna, Ari knows she has to go with him. But it’s been two months, and Gage still hasn’t found them an apartment. He and Ari have been “couch surfing,” staying with Gage’s friend in a tiny apartment, crashing with Gage’s girlfriend and two roommates, and if necessary, sneaking into a juvenile shelter to escape the cold Maine nights. But all of this jumping around makes it hard for Ari to keep up with her schoolwork, never mind her friendships, and getting into Carter starts to seem impossible. Will Ari be forced to break one of her promises to Mama? Told in an open, authentic voice, this nuanced story of hiding in plain sight may have readers thinking about homelessness in a whole new way.

Jennifer Richard Jacobson is the author of several books for children and young adults, including the middle-grade novel Small as an Elephant and the Andy Shane early chapter books, illustrated by Abby Carter. She lives in Cumberland, Maine.

This novel will engender empathy and understanding of a serious and all-too-real problem. Jacobson’s story is poignant but never preachy.
—School Library Journal (starred review)

Jacobson elevates her book beyond “problem novel” territory with an engaging narrator who works hard to be loyal to her brother—and to her mother’s memory. Small moments pack big emotional wallops... A tender exploration of homelessness.
—Publishers Weekly

Powerful... It is well written, with a moving plot, and is told in an authentic voice that pulls the reader in. ... Jacobson tells a story that is authentic and relatable to a wide audience of readers. This novel is a definite must-purchase for a library’s collection.
—VOYA

Ari's plight vividly illustrates the myriad consequences of homelessness, and the adults around her who should be picking up on the numerous clues to her situation seem oblivious. Her perceptive first-person voice neatly captures her conflicted loyalty to Gage but also to Janna, as well as her valiant attempts to make an impossible situation work out. ... A thoughtful and moving exploration of homelessness.
—Kirkus Reviews

In this poignant view of one child’s experience with homelessness, Jacobson deftly shows how easily it can happen, an insidious downward spiral with heart-wrenching consequences.
—The Horn Book

Through Ari’s resiliency, Jacobson introduces readers to the precarious and frightening life of a homeless elementary-school student who holds fast to her dreams and the only family she knows. It is her mature sense of her own needs that informs the adults who love her and helps them to understand how they might build a future together.
—Booklist

Paper Things treats honesty, compassion and generosity as things we can never have too much of in life. Here’s hoping it inspires more of the same in its readers.
—BookPage

Ari’s struggle to stay afloat as the bottom drops out of her world is compelling...readers will be glad to see her successfully negotiate her divided loyalties and find a safe home.
—Bulletin of the Center for Children’s Books

Jacobson’s realistic fiction novel provides a rich context for dialogue about recognizing the signs of homelessness and providing resources to students and families.
—Literacy Daily

The novel is ideal for a booktalk featuring strong characters.
—School library Connection