Sylvia, Queen of the Headhunters: An Outrageous Englishwoman and Her Lost Kingdom (Paperback) | Northshire Bookstore
Skip to main content

Sylvia, Queen of the Headhunters: An Outrageous Englishwoman and Her Lost Kingdom (Paperback) 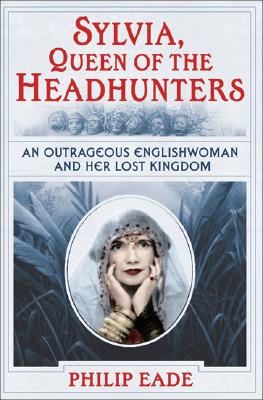 Unconventional, outspoken, outrageous, Sylvia Brooke (1885-1971) was known as the Ranee of Sarawak, married to the last White Rajah of the Borneo principality. Her charmed life among the British hereditary and cultural aristocracy reads like a zany novel - delightful! — Louise Jones

Sylvia Brooke (1885-1971), better known as the Ranee of Sarawak, was the wife, consort, andby customslave of Sir Vyner Brooke, the last White Rajah of the jungle kingdom of Sarawak on the island of Borneo. The nation had its own flag, revenue, postage stamps, and money, and for three generations the White Rajahs had held the power of life and death over their subjects. But by the 1930s there was a sharp decline in their power and prestige, and at the center of it all stood Ranee Sylvia. Author of eleven books, an extravagantly-dressed socialite and incorrigible self-dramatist, the Ranee was described by the press as that most charming of despots and by her own brother as a female Iago. With a supporting cast including her father, a celebrated courtier in love with his own son, and her whimsical and sexually incontinent husband, this is the fascinating account of the extraordinary and often malevolent life of Ranne Sylvia.