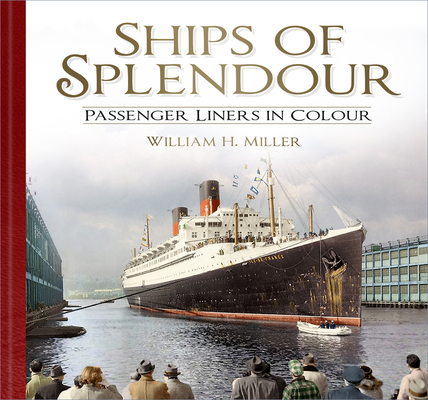 This beautiful book presents a review of passenger ships from the 1940s through to the 1960s and the onset of the jet age. The fleet includes varied representatives: the great Cunarders, the United States, France & Michelangelo from the North Atlantic, but many others as well—ships such as the Southern Cross, Windsor Castle, Canberra & Oriana. Other, smaller liners also appear, ships such as the Aureol, Batory, Guglielmo Marconi, Hanseatic, Queen of Bermuda & Willem Ruys, complete with notes, historic facts and anecdotes, about these ships, all broken up by decade.

William H. Miller has written over 100 books on passenger ships and is an acknowledged world expert in his field. He has received the National Maritime History Award in the U.S. and the Silver Riband Award, and he created the passenger ships database for the Ellis Island Immigration Museum.