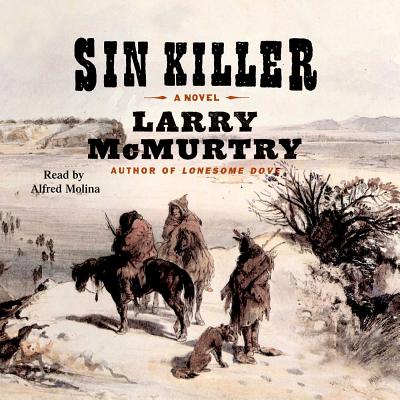 From Pulitzer Prize–winning author Larry McMurtry comes the first in a four-volume epic journey through the early American frontier, featuring the Berrybender family, English nobility adrift in the American West in the 1830s.

It is 1830, and the Berrybender family—rich, aristocratic, English, and hopelessly out of place—is on its way up the Missouri River to see the untamed West as it begins to open up. Lord and Lady Berrybender have abandoned their home in England to broaden the horizons for themselves and their three children. With irascible determination—and a great deal of outright chaos—the party experiences both the awesome majesty and brutal savagery of the unexplored land, from buffalo stampedes and natural disasters to Indian raids and encounters with frontiersmen and trappers, explorers, pioneers, and one part-time preacher known as "the Sin Killer." Sin Killer, the strong, silent Westerner, captures the heart of the strong-willed, beautiful Berrybender daughter, Tasmin. But their fast developing relationship can only bring more trouble for the Berrybender's.

Packed with breathtaking adventure, charming romance, and a sense of humor stretching clear over the horizon, Sin Killer is a truly unique view of the West that could only come from the boundless skill and imagination of Larry McMurtry.

The Washington Post A sprawling parody of the frontier encounter....Sin Killer is a zany, episodic ride. With gusto and nonstop ingenuity, McMurtry moves his cast of characters and caricatures steadily upstream.


Chicago Tribune A story as big as the West itself.