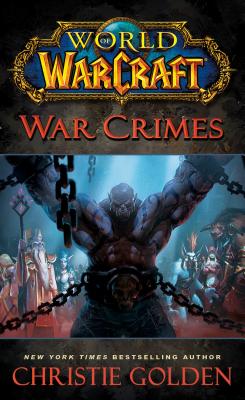 Charged with innumerable war crimes, Garrosh Hellscream awaits trial in Kun-Lai Summit and judgement by the August Celestials. Alliance and Horde alike have traveled to Pandaria to witness his certain execution. Schemes are hatched, unwelcome surprises await and judgement isn't only for Hellscream. A must read before the Warlords of Draenor expansion! — Sarah Donner

The national bestseller and direct tie-in to the new game expansion pack Warlords of Draenor—a thrilling novel set in the universe of the record-breaking, internationally bestselling video game World of Warcraft!

The brutal siege of Orgrimmar is over. Alliance and Horde forces have stripped Garrosh Hellscream, one of the most reviled figures on Azeroth, of his title as warchief. His thirst for conquest devastated cities, nearly tore the Horde apart, and destroyed countless lives.

Now, on the legendary continent of Pandaria, he will stand trial for his transgressions. Renowned leaders from across the world have gathered to witness this historic event. As the trial unfolds, agents of the bronze dragonflight present shocking visions of Garrosh’s atrocities. For many of those in attendance, these glimpses into history force them to relive painful memories and even question their own innocence or guilt. For others, the chilling details stoke the flames of their hatred.

Unbeknownst to anyone, shadowy forces are at work on Azeroth, threatening not only the court’s ability to mete out justice…but also the lives of everyone at the trial.

New York Times bestselling and award-winning author Christie Golden has written more than forty novels and several short stories in the fields of science fiction, fantasy, and horror. Among her many projects are over a dozen Star Trek novels and several original fantasy novels. An avid player of World of Warcraft, she has written two manga short stories and several novels in that world. Golden lives in Tennessee. She welcomes visitors to her website: ChristieGolden.com.