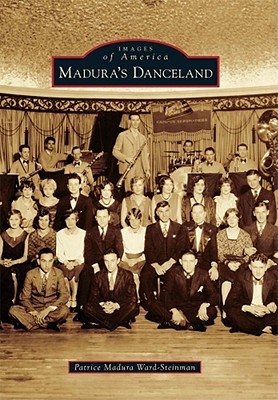 Danceland For hundreds of thousands of couples from all around the Calumet region of Northwest Indiana and Chicago's East Side, the name alone conjures up memories of dancing and romancing to thousands of live big bands.

Opening night in October 1929 drew over 2,000 people to the beautiful ballroom with the famous maplewood dance floor. It continued to thrive with live music four nights a week and 12 months a year throughout the Big Band Era, despite the Great Depression and World War II, and into the rock 'n roll era, until it burned to the ground on Sunday morning, July 23, 1967. Almost everyone's marriage in the region began with a dance at Madura's Danceland. In the 38 years Danceland was open, it had only two owners and managers, Michael (Mike) Madura Sr. and Michael (Mick) J. Madura Jr., father and son. It remained a family business for all those years, with three generations of the Madura family having worked there in many capacities.