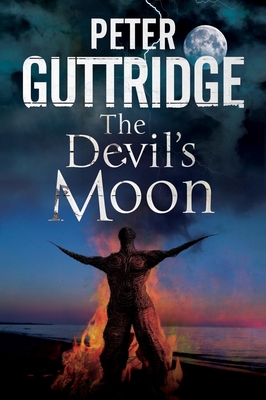 This is book number 4 in the Brighton Mysteries series.

Brighton's murderous past and criminal present are intriguingly combined in this brand new series featuring some of the characters from the Brighton Trilogy Everywhere newly-promoted Sarah Gilchrist looks, unsettling things are happening. A Wicker Man is burned on the beach at dawn with a body inside; a painting titled The Devil's Altar is stolen from the Brighton Museum; a vicar who casts out demons goes missing; and a rare medieval manuscript of the occult Key of Solomon is stolen from the Jubilee Library. Then Gilchrist's flatmate, Kate Simpson, discovers that acts of sacrilege and grave robbing have been routinely taking place in Brighton and the surrounding villages. And ex-Chief Constable Bob Watts is puzzling over inscriptions in his late father's books. Specifically, books by occult writers Dennis Wheatley, Colin Pearson - and the feared Aleister Crowley, cremated in Brighton in 1947. Old Religion and New Age collide and the body count mounts as the Devil's Moon slowly rises ...