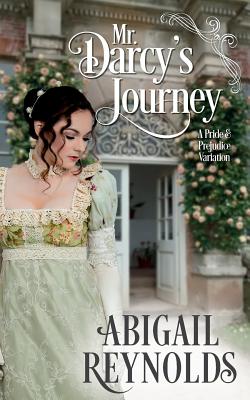 Mr. Darcy is at his wits' end. Elizabeth Bennet, the woman he can't live without, overhears him insulting her family. Now she won't even listen to his apologies. Then his old friend Sir Anthony Duxbury tells him two of their friends are in terrible danger. If Darcy wants to help them, they have to leave for Yorkshire immediately.

But something doesn't add up. Elizabeth claims to know Sir Anthony, too - but by a different name. What game is his old friend playing? And is it dangerous?

Even Sir Anthony says the trip is dangerous. The Luddite rebels are on the verge of armed revolt - and he should know, because he's one of them. Darcy's cousin Lady Frederica decides she's going with them anyway, and insists on bringing Elizabeth. Could this be Darcy's chance to earn Elizabeth's forgiveness and her love?

Elizabeth would rather face a squad of Napoleon's soldiers than spend three days trapped in a carriage with Darcy and his headstrong cousin, but she has her own reason for agreeing to come. If she can just manage to keep her temper, she may be able to rescue her uncle from financial ruin.

But when a Luddite riot erupts around them, it's Darcy and Elizabeth who need rescuing - from each other.

"If you are unfamiliar with these riveting and romantic variations, they are retellings of Pride and Prejudice that take our beloved hero and heroine down a slightly altered path. Abigail Reynolds, one of my favorite Austenesque authors, is a skilled-story teller, an ardent admirer of Jane Austen, and quite proficient at infusing a lot of emotion, tension, and passion into her stories " Austenesque Reviews

"If romantics can overlook the subversion, they should enjoy witnessing Elizabeth as an industrious and caring wife, administering to Pemberley's tenants, learning how to be an equestrian and growing to love that perplexing Darcy." Publishers Weekly.

Abigail Reynolds may be a nationally bestselling author and a physician, but she can't follow a straight line with a ruler. Originally from upstate New York, she studied Russian and theater at Bryn Mawr College and marine biology at the Marine Biological Laboratory in Woods Hole. After a stint in performing arts administration, she decided to attend medical school, and took up writing as a hobby during her years as a physician in private practice. A life-long lover of Jane Austen's novels, Abigail began writing variations on Pride & Prejudice in 2001, then expanded her repertoire to include a series of novels set on her beloved Cape Cod. Her most recent releases are the national bestsellers Alone with Mr. Darcy and Mr. Darcy's Noble Connections, The Darcys of Derbyshire, and Mr. Darcy's Refuge. She is currently working on a new Pemberley Variation and the next novel in her Cape Cod series. Her books have been translated into five languages. A lifetime member of Jane Austen Society of North America, she lives on Cape Cod with her husband, her son and a menagerie of animals. Her hobbies do not include sleeping or cleaning her house.