Turning Point Saving Our Kids' Future. and Our Own. (Paperback) | Northshire Bookstore
Skip to main content

Turning Point Saving Our Kids' Future. and Our Own. (Paperback) 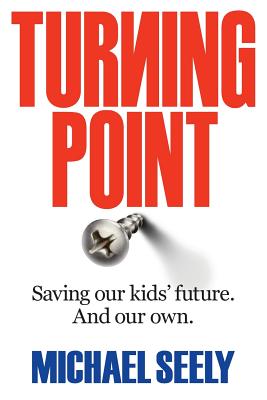 By Michael Seely
$14.95
Click Title for IN STOCK Location

The Battle for America's Future is Underway This shocking, but meticulously-researched book draws on scores of experts to clearly show how countless, sometimes-well-intentioned government steps have ballooned debt, thwarted growth, killed job creation, arrested the growth of the Black American middle class, crippled the economy and fanned a growing cynicism about our country's future. A call to arms for the Millenials whose futures have been profoundly compromised by decades of such public policies, Turning Point exposes how the enormous cost of hypocritical, pandering politicians and the often sinister effects of their misinformed and corrupt views of justice, opportunity and economics have pushed America to the brink of financial ruin. Turning Point makes a compelling case for an overriding focus on job-creating growth, led by the info tech-savvy young, that emphasizes equality of opportunity, the centerpiece of America's cultural endowment, and thereby moves the national discussion away from divisive social issues to the one thing on which we must unrelentingly focus as we move toward the 2016 election-rising prosperity for all.

Turning Point properly underlines the need to cut regulations, lower tax
rates and restore incentives for growth. That’s the way to replace today’s
tiresome talk of income inequality—government’s fault to the extent it
may exist—with a focus on equality of opportunity that lifts everyone.
—Larry Kudlow, CNBC’s Senior Contributor
Radio host on the nationally-syndicated The Larry Kudlow Show

There has been too much intellectual mischief where politics meets economics.
This must change, and Turning Point shows the way. An excellent
and timely book—especially now as the 2016 election approaches.
—Stephen Moore, The Heritage Foundation