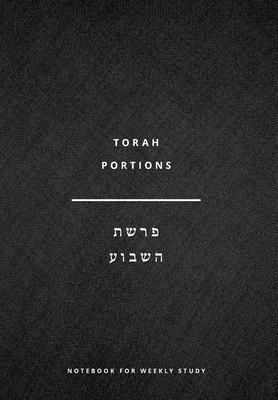 The Parashat HaShavua (literally "portion of the week") comes from a Jewish tradition that began in the 6th century BC. The practice of collective, weekly readings of the Torah is believed to have been birthed from the scribe Ezra's desire to see the Israelites remember and keep the Torah. In the Book of Nehemiah, we find the origin of this corporate study and the establishment of what today is commonly referred to as the "Torah Portions."

The traditional delineation of the various parashot (Hebrew plural for "portions") is found in the Torah scrolls from Ashkenazic, Sephardic, and Yemenite Jewish communities. There is ample historic evidence of their practice throughout both first centuries (BC and AD) and continuing throughout the present day. Today, this traditional method of study remains widely used by both Jewish and Christian communities around the world.

Each Torah portion is tied to a specific week of the Jewish calendar. There are 54 portions in all. Depending on each Jewish year's length and how the religious holidays fall, the portions are read sequentially but may be interrupted by various holiday-specific readings. As such, several of the portions are traditionally combined to keep the reader on an annual schedule.

In this notebook, the dates are empty, so that they may be filled by you. This allows the book to remain timeless, regardless of the Gregorian or Jewish calendars' overlap or leap years. Additionally, the portions that are often combined to accommodate religious holidays have been indicated in the headings of their respective sections.

There is no limit to the depths of the Torah. Students of the Torah find meaning in every character, story, commandment, word, and letter of the original Hebrew text. This notebook is designed as a place for you to collect, organize, and preserve your findings. It's purposefully open-ended and draws the student through thoughtful analysis and personal application.