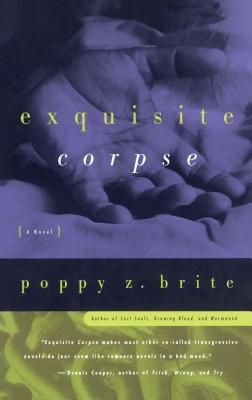 From the author of Lost Souls, Drawing Blood, and Wormwood comes a thrilling and chilling novel that bestselling author Peter Straub says serves as a “guidebook to hell.”

To serial slayer Andrew Compton, murder is an art, the most intimate art. After feigning his own death to escape from prison, Compton makes his way to the United States with the sole ambition of bringing his “art” to new heights. Tortured by his own perverse desires, and drawn to possess and destroy young boys, Compton inadvertently joins forces with Jay Byrne, a dissolute playboy who has pushed his “art” to limits even Compton hadn’t previously imagined. Together, Compton and Byrne set their sights on an exquisite young Vietnamese-American runaway, Tran, whom they deem to be the perfect victim.

Swiftly moving from the grimy streets of London’s Piccadilly Circus to the decadence of the New Orleans French Quarter, Poppy Z. Brite dissects the landscape of torture and invites us into the mind of a killer. Exquisite Corpse confirms Brite as a writer who defies categorization. It is a novel for those who dare trespass where the sacred and profane become one.

Poppy Z. Brite is the author of numerous titles and short stories, specializing in horror, dark comedy, and all things thrilling. His novels include Exquisite Corpse, Drawing Blood, and Lost Souls. He is also the author of short story collections including Wormwood.

Peter Straub Author of The Hellfire Club As perfectly named as its author, Exquisite Corpse treats the dead human body like a communion wafer. It is Poppy Z. Brite's distinction to have understood immediately that real horror (unlike the make-believe variety which lumbers brainlessly through so many books) has an intimate connection to the most profound emotions, those evoked by an experience of the sacred. She is the only writer I know who could write a guidebook to Hell that would make me want to go there.