The Eagle Unbowed: Poland and the Poles in the Second World War (Paperback) 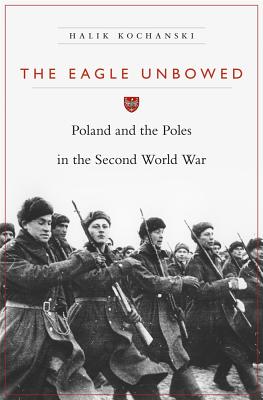 This book has an obvious flaw: It does not probe deeply into questions of Polish-Jewish experience. BUT what it does do, it does very well: Makes understandable a big complex story of a nation trying to survive incredible brutality. Should lead many readers to further study. Forgive the flaw (seek other books) and you'll find this one compelling, enlightening and beneficial. — Bill Lewis

The Second World War gripped Poland as it did no other country in Europe. Invaded by both Germany and the Soviet Union, it remained under occupation by foreign armies from the first day of the war to the last. The conflict was brutal, as Polish armies battled the enemy on four different fronts. It was on Polish soil that the architects of the Final Solution assembled their most elaborate network of extermination camps, culminating in the deliberate destruction of millions of lives, including three million Polish Jews. In The Eagle Unbowed, Halik Kochanski tells, for the first time, the story of Poland's war in its entirety, a story that captures both the diversity and the depth of the lives of those who endured its horrors.

Most histories of the European war focus on the Allies' determination to liberate the continent from the fascist onslaught. Yet the "good war" looks quite different when viewed from Lodz or Krakow than from London or Washington, D.C. Poland emerged from the war trapped behind the Iron Curtain, and it would be nearly a half-century until Poland gained the freedom that its partners had secured with the defeat of Hitler. Rescuing the stories of those who died and those who vanished, those who fought and those who escaped, Kochanski deftly reconstructs the world of wartime Poland in all its complexity-from collaboration to resistance, from expulsion to exile, from Warsaw to Treblinka. The Eagle Unbowed provides in a single volume the first truly comprehensive account of one of the most harrowing periods in modern history.

Halik Kochanski has taught at both King's College London and University College London, and she is a Fellow of the Royal Historical Society.