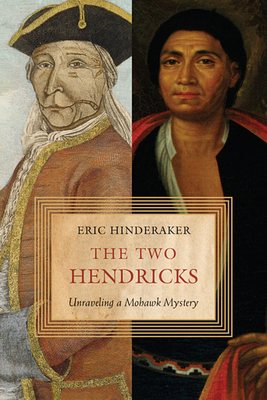 In September 1755, the most famous Indian in the world--a Mohawk leader known in English as King Hendrick--died in the Battle of Lake George. He was fighting the French in defense of British claims to North America, and his death marked the end of an era in Anglo-Iroquois relations. He was not the first Mohawk of that name to attract international attention. Half a century earlier, another Hendrick worked with powerful leaders in the frontier town of Albany. He cemented his transatlantic fame when he traveled to London as one of the "four Indian kings."

Until recently the two Hendricks were thought to be the same person. Eric Hinderaker sets the record straight, reconstructing the lives of these two men in a compelling narrative that reveals the complexities of the Anglo-Iroquois alliance, a cornerstone of Britain's imperial vision. The two Hendricks became famous because, as Mohawks, they were members of the Iroquois confederacy and colonial leaders believed the Iroquois held the balance of power in the Northeast. As warriors, the two Hendricks aided Britain against the French; as Christians, they adopted the trappings of civility; as sachems, they stressed cooperation rather than bloody confrontation with New York and Great Britain.

Yet the alliance was never more than a mixed blessing for the two Hendricks and the Iroquois. Hinderaker offers a poignant personal story that restores the lost individuality of the two Hendricks while illuminating the tumultuous imperial struggle for North America.