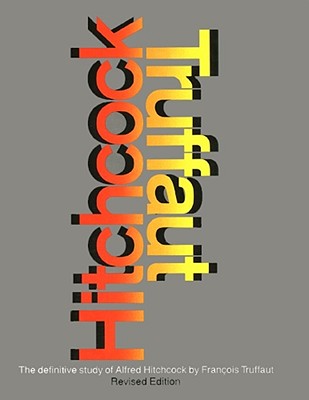 Definitive study of the Master of Suspense refreshingly told without the usual cloud of adulation that hangs over studies of Alfred Hitchcock like a thunderhead over a picnic. The book has been gathered from interviews with Hitch conducted by the great French director, Francois Truffaut. Hitchcock is candid about his failures, remorseful of his mistakes, and admirably humble about being one of the undisputed giants in cinema history. Truffaut's questions are pointed, respectful, and informed without ever lapsing into fawning. Illustrated with many photos from Hitchcock's fifty-three films. — Alden Graves

Iconic, groundbreaking interviews of Alfred Hitchcock by film critic François Truffaut—providing insight into the cinematic method, the history of film, and one of the greatest directors of all time.

In Hitchcock, film critic François Truffaut presents fifty hours of interviews with Alfred Hitchcock about the whole of his vast directorial career, from his silent movies in Great Britain to his color films in Hollywood. The result is a portrait of one of the greatest directors the world has ever known, an all-round specialist who masterminded everything, from the screenplay and the photography to the editing and the soundtrack. Hitchcock discusses the inspiration behind his films and the art of creating fear and suspense, as well as giving strikingly honest assessments of his achievements and failures, his doubts and hopes. This peek into the brain of one of cinema’s greats is a must-read for all film aficionados.

François Truffaut (1932–1984) was an award-winning film director, screenwriter, producer, actor, and film critic. Regarded as a founder of the French cinema’s New Wave, some of his works include The 400 Blows, Day For Night, and The Wild Child.

Phillip Lopate The New York Times Book Review One is ravished by the density of insights into cinematic questions....Truffaut performed a tour de force of tact in getting this ordinarily guarded man to open up as he had never done before (and never would again)....If the 1967 Hitchcock/Truffaut can now be seen as something of a classic, this revised version is even better.