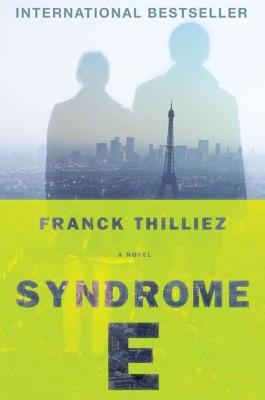 By Franck Thilliez, Mark Polizzotti (Translator)
$26.95
Hard to Find - May no longer be available

In Franck Thilliez's Syndrome E, a 1950's rare film embedded with violent images is the center of two police investigations which may or may not be related. An old friend of a female detective suddenly becomes blind from watching the film while a down and out male detective is looking into the murder of five men found in a local woods and how they relate to the film. Highly entertaining noir thriller. — Sarah Knight

What You Don t See Could Kill You
In this international bestseller, which is soon to be a major motion picture penned by the screenwriter of "Black Swan," the classic procedural meets cutting-edge science
Lucie Henebelle, single mother and beleaguered detective, has just about enough on her plate when she receives a panicked phone call from an ex-lover who has developed a rare disorder after watching an obscure film from the 1950s. With help from the brooding Inspector Franck Sharko, who is exploring the movie's connection to five unearthed corpses at a construction site, Lucie begins to strip away the layers of what may be the most disturbing film ever made. With more lives on the line, Sharko and Lucie struggle to solve this terrifying mystery before it's too late. In a high-stakes, adrenaline-fueled hunt that jumps from France to Canada, Egypt to Rwanda, and beyond, this astonishing page-turner, with cinematic echoes from "The Manchurian Candidate "and the Bourne series, will keep you guessing until the very end.

Franck Thilliez is the author of several bestselling novels in his native France. This is his first novel to be translated into English in the United States. He lives in Paris.

Mark Polizzotti is the translator of more than thirty books from the French. His articles and reviews have appeared in "The Wall Street Journal" and "The Nation." He lives in New York City."

“Blending science and neurology into the intrigue of his excellent thriller, Thilliez takes us into the maze of the human brain, with all the evils it can unleash.”
—Elle (Paris)

“With a fascinating blend of noir procedural, espionage flavor, and an eerie set up that makes the video from The Ring seem harmless, it is no surprise that Syndrome E has already been an international sensation. Beneath its dazzling, byzantine plot are menacing questions of what lurks at the intersection between the new and chilling capabilities of neuroscience and the ancient but more-chilling capabilities of human evil.”
—Michael Koryta, New York Times–bestselling author of The Prophet and Tonight I Said Goodbye

“This terrific French thriller . . . boasts distinctive characters you want to spend time with, a lively plot, evocative settings, fun film references and, icing on the cake, an enjoyable offbeat romance. Having achieved bestseller status in Europe, Thilliez is poised to do the same in the U.S.”
—Kirkus Reviews

“Detective Lucie Henebelle is an overwhelmed single mother who doesn’t need more trouble. Then she gets the call from a friend who has gone blind after watching an obscure film embedded with heinous images. It’s her colleague, a profiler for the Paris police department, who makes the connection between the movie and the five men murdered at a construction site. Twisty neuroscience! Who can resist?”
—New York Daily News

“A tour de force . . . A captivating plot that keeps the reader in his seat until the final moments.”
—Le Monde Magazine