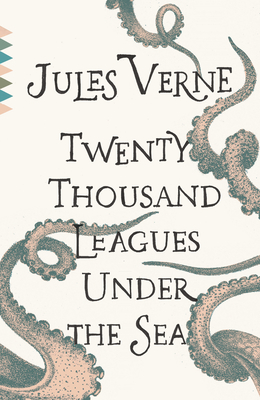 Jules Verne’s beloved nautical adventure predicts nearly all of the workings of a modern submarine in its depiction of the Nautilus, an outlaw undersea vessel commanded by the enigmatic Captain Nemo, while further exploring the mysteries of the South Pole, tunnels beneath the Suez, hollow volcanoes, the lost continent of Atlantis, monstrous whales and cetaceans, and so much more. The level of research and care poured into this celebration of marine biology ensure its place among the greatest novels of its generation, centuries ahead of its time.

Prompted by disturbing reports of an enormous sea monster, marine biologist Pierre Aronnax joins an expedition to find and destroy it. After barely surviving an attack on the creature, the voyagers discover that their quarry is in fact a remarkably advanced submarine, the Nautilus. Its creator, Captain Nemo, is driven by a thirst for knowledge and by a hatred of civilization—and he refuses to let his “guests” leave. As Aronnax and his companions plot to escape, they are taken on a whirlwind tour of undersea marvels, including volcanoes, a giant squid, and the ruins of Atlantis. Twenty Thousand Leagues Under the Sea is just as gripping and fantastical a read as it was a century and a half ago, when Jules Verne first imagined traveling beyond the bounds of the possible.

Jules Verne was born in France in 1828 and died in 1905. His collaboration with the publisher Pierre-Jules Hetzel was wildly successful, producing many brilliant novels in the burgeoning genre of science fiction: 20,000 Leagues Under the Sea, Journey to the Center of the Earth, and Around the World in 80 Days, among others. Verne is the second most translated author in the world, after Agatha Christie and before Shakespeare.