War and Innocents: A novel of the 1920's through WWII (Paperback) | Northshire Bookstore
Skip to main content

War and Innocents: A novel of the 1920's through WWII (Paperback) 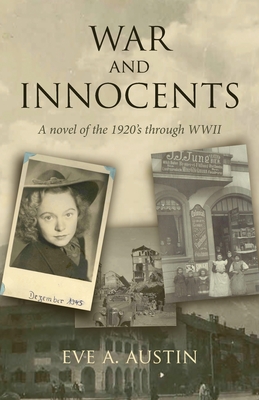 War and Innocents is a historically accurate drama based on a true story that spans three decades and weaves through five countries in Europe and the United States. The novel is about human survival and the fight for normalcy during harrowing times.

It is the tale of an extraordinary bond between the Mueller and Bernstein families and their struggle to endure decades of chaos. It encompasses the twenties and the fires stoked by hatred. The families fight to overcome the 1929 Wall Street collapse and its disintegrating effects on Europe. The narrative proceeds through to Hitler's appointment as Chancellor and his ascent to greater power as the Nazi leader. The novel displays the fighting spirit and the resilience and resistance of good people facing the horrors of that era through 1945. These families, one Jewish, one German, come together against all the odds during one of the most heinous periods in history. They maintain their familial friendships, touching and being touched by countless other lives while trying to survive Hitler's Nazi Regime.