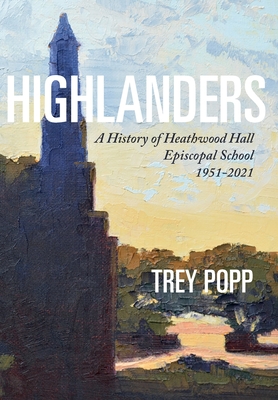 "Ultimately, the story of a school is made up of the stories of its people. The people comprising Heathwood Hall have long been a diverse mix, with perspectives as varied as their personalities, and priorities that have shifted from one era to another."

From its founding in 1951, Heathwood Hall Episcopal School has charted a path that is unique and unusual in the history of South Carolina education. Having started out in Columbia as a small elementary school whose classes were held in the repurposed bedrooms of a Greek Revival mansion, Heathwood Hall pivoted in 1965 to become a racially integrated institution-at a moment when most private schools in South Carolina were moving in the opposite direction. Yet that transition, which was contested in its time, is not all that has distinguished Heathwood from peer institutions over the last 70 years. It is just one element of a history whose full sweep embraces matters of pedagogical philosophy, spiritual life, scholarship, service to others, personal development, varied approaches to leadership-and the tensions that inevitably emerge when idealists and pragmatists join forces in the pursuit of ambitious and varied goals.

Tracing the school's progression from a church-sponsored site of early childhood learning to a K-12 institution guided by a more expansive vision, this volume explores Heathwood Hall through the students and adults who have shaped its growth, the values and ideas that have steered their efforts, and the societal dynamics that have influenced their setbacks and successes. Their stories reveal the school's evolution in all its dimensions: as a physical campus, as a community of learners, and as an institution that has by turns reflected and helped to shape the civic life of the state's capital city.