Father's Day: Across America with an Unusual Dad and His Extraordinary Son (Paperback) 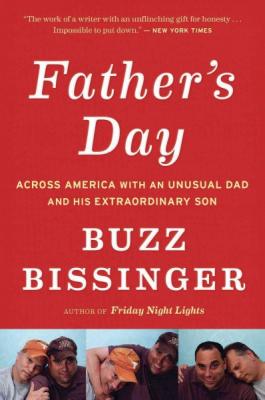 Bissinger portrays himself with brutal honesty as he plays second fiddle to his mentally challenged, uncannily savant 24 year old son. A father/son cross-country road trip at times painful to read, but ultimately a beautiful work of art. — Stan Hynds

Buzz Bissinger’s twins were born three minutes—and a world—apart. Gerry, the older one, is a graduate student preparing to become a teacher. His brother Zach is a savant, challenged by serious intellectual deficits but also blessed with rare talents: an astonishing memory, a dazzling knack for navigation, and a reflexive honesty that can make him both socially awkward and surprisingly wise.

One summer, striving to understand the twenty-four-year-old son who remains, in many ways, a mystery, Buzz convinces Zach to join him on a cross-country road trip. As father and son drive from Philadelphia to Los Angeles, revisiting all the places they have lived together, Buzz learns to see the world through Zach’s eyes. Father's Day is a powerful account of this journey, and a universal tale of the bond between parents and children.

Buzz Bissinger is a Pulitzer Prize-winning journalist and author of four books, including the New York Times bestseller 3 Nights in August and Friday Night Lights, which has sold two million copies and inspired a film and TV franchise. He is a contributing editor for Vanity Fair and a sports columnist for The Daily Beast. He has written for the New York Times, The New Republic, Time and many other publications.