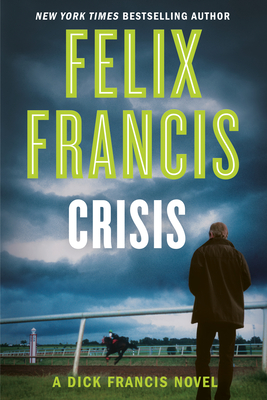 In Felix Francis's latest horseracing thriller in the Dick Francis tradition, a London crisis manager gets caught up in a tragic fire, a murder, and a dark family drama.

Harrison Foster, a crisis manager for a London firm, is summoned to Newmarket after a fire in the Chadwick Stables kills six very valuable horses, including the short-priced favorite for the Derby. There is far more to the "simple" fire than initially meets the eye...for a start, human remains are found among the equestrian ones in the burnt-out shell. All the stable staff are accounted for, so who is the mystery victim?

Harry knows very little about horses, indeed he positively dislikes them, but he is thrust unwillingly into the world of thoroughbred racing, where the standard of care of the equine stars is far higher than that of the humans who attend to them. The Chadwick family is a dysfunctional racing dynasty. Resentment between the generations is rife and sibling rivalry bubbles away like volcanic magma beneath a thin crust of respectability.

Harry represents the Middle Eastern owner of the Derby favourite and, as he delves deeper into the unanswered questions surrounding the horse's demise, he ignites a fuse that blows the volcano sky-high. Can Harry solve the riddle before he is bumped off by the fallout?

Felix Francis, a graduate of London University, is an accomplished outdoorsman, marksman, and pilot who has assisted with the research of many of his father's novels. The coauthor and author of numerous Dick Francis novels, most recently Crisis, he lives in England.

“Another trip to the winner’s circle for the talented Francis.”—Booklist (starred review)

“…Francis (Pulse, 2017, etc.) continues to work unexpected and welcome changes on the racing franchise he inherited from his father.”—Kirkus Reviews

“[Felix Francis] has filled the family stable with more winners, including this one...wonderfully evocative...riveting throughout. Exciting at every turn.”—Booklist(starred review)

“[A] moving fourth thriller...Francis devises a subtle, clever scheme for the heart of the mystery, and he excels at making his broken lead credible and sympathetic.”—Publishers Weekly