The Land of the White Horse: Visions of England (Hardcover) 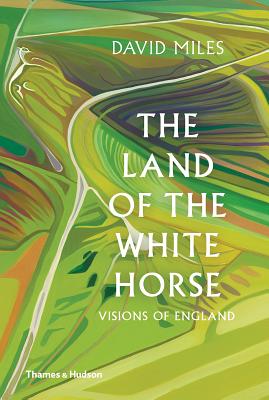 This is the perfect book for armchair traveling. It is a treasure trove of knowledge. Miles, Director of the Oxford Archaeology unit, is also a great storyteller and naturalist. The White Horse is a 3000-year-old sculpture cut into a chalk turf hillside. The novel begins as a mystery set in the mystical English landscape of Wessex with mythic figures of dragons, Celts, Anglo-Saxons, and even Alfred the Great. Spanning centuries, the figure of the White Horse has maintained a hold on man's imagination, needing care and conservation. In this book, Miles tells the stories of how and why the Horse has persevered.

An exploration of one of England’s great ancient monuments: the 360-foot-long chalk White Horse at Uffington.

The White Horse at Uffington is an icon of the English landscape—a prehistoric, nearly abstract figure 360 feet long, carved into the green turf of a chalk hill. Along with Stonehenge, the Horse is widely regarded as one of the Wonders of Britain.

For centuries antiquarians, travelers, and local people have speculated about the age of the Horse, who created it, and why. Was it a memorial to King Alfred the Great’s victory over the Danes, an emblem of the first Anglo-Saxon settlers, was the Horse an actor in an elaborate prehistoric ritual, drawing the sun across the sky? Archaeologist David Miles explores the rich history of the ancient white horse, as well as the surrounding landscape, in order to understand the people who have lived there since the end of the Ice Age. As Miles tracks the possible origin of this English landmark, he also illuminates how the White Horse has influenced countless artists, poets, and writers, including Eric Ravilious, John Betjeman, and J. R. R. Tolkien.

The White Horse is one of most remarkable monuments of England, not least because it is still intact. People have cared for it and curated it for centuries, even millennia. Ultimately, Miles, using an archaeological framework, roots a myth for modern times in scientific findings.

David Miles held the role of chief archaeologist at English Heritage from 1999; and was the director of the Oxford Archaeological Unit. His books include The Tale of the Axe: How the Neolithic Revolution Transformed Britain.