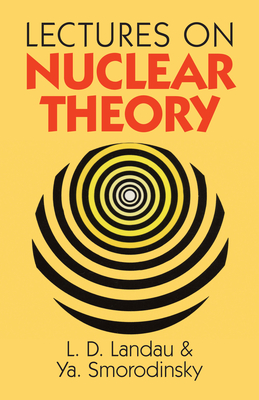 A real jewel of an elementary introduction into the main concepts of nuclear theory . . . should be in the hands of every student. -- Nuclear Physics.
This highly regarded volume, based on a series of lectures given by Landau to experimental physicists in Moscow in 1954, offers concise, lucid discussions of a number of the most important underlying concepts of nuclear physics. The authors, both noted Russian physicists, limit their conclusions concerning nuclear structure to those based on experimental data, using only general quantum-mechanical relations.
Throughout, the emphasis is on clarity of physical ideas and on the relation of experiments to theoretical interpretation. Among the topics covered are nuclear forces, including the scattering of nucleons by nucleons and by high energies, the independent particle model of nuclear structure, the structure of the nucleus (light nuclei and heavy nuclei), nuclear reactions (including statistical theory, optical model, and deuteron reactions, pi-mesons, and interactions of pi-mesons with nucleons.
Should prove a decidedly worthwhile addition to any experimental nuclear physicist's library. The book will also appeal to the specialist in other fields who desires insight into the problems of nuclear physics, and should be highly recommended to all physics graduate students. -- Physics Today.

Soviet physicist Lev Davidovich Landau (1908-68) made many contributions to theoretical physics, including the co-discovery of the density matrix method in quantum mechanics. He received the 1962 Nobel Prize in Physics for his development of a mathematical theory of super fluidity.Prominent theorist Yakov Abramovich Smorodinsky (1917-92) worked at Moscow's Kurchatov Institute and the Joint Institute of Nuclear Research, Dubna. His chief interests involved the application of ideas from algebra and geometry to nuclear and particle physics.