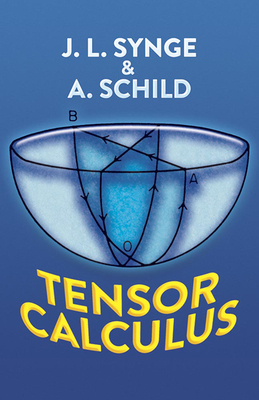 Mathematicians, theoretical physicists, and engineers unacquainted with tensor calculus are at a serious disadvantage in several fields of pure and applied mathematics. They are cut off from the study of Reimannian geometry and the general theory of relativity. Even in Euclidean geometry and Newtonian mechanics (particularly the mechanics of continua), they are compelled to work in notations which lack the compactness of tensor calculus. This classic text is a fundamental introduction to the subject for the beginning student of absolute differential calculus, and for those interested in the applications of tensor calculus to mathematical physics and engineering.
Tensor Calculus contains eight chapters. The first four deal with the basic concepts of tensors, Riemannian spaces, Riemannian curvature, and spaces of constant curvature. The next three chapters are concerned with applications to classical dynamics, hydrodynamics, elasticity, electromagnetic radiation, and the theorems of Stokes and Green. In the final chapter, an introduction is given to non-Riemannian spaces including such subjects as affine, Weyl, and projective spaces. There are two appendixes which discuss the reduction of a quadratic form and multiple integration. At the conclusion of each chapter a summary of the most important formulas and a set of exercises are given. More exercises are scattered throughout the text. The special and general theory of relativity is briefly discussed where applicable.