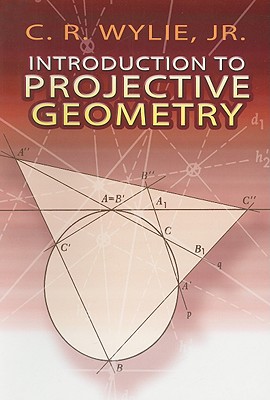 This lucid introductory text offers both an analytic and an axiomatic approach to plane projective geometry. The analytic treatment builds and expands upon students' familiarity with elementary plane analytic geometry and provides a well-motivated approach to projective geometry. Subsequent chapters explore Euclidean and non-Euclidean geometry as specializations of the projective plane, revealing the existence of an infinite number of geometries, each Euclidean in nature but characterized by a different set of distance- and angle-measurement formulas. Outstanding pedagogical features include worked-through examples, introductions and summaries for each topic, and numerous theorems, proofs, and exercises that reinforce each chapter's precepts. Two helpful indexes conclude the text, along with answers to all odd-numbered exercises. In addition to its value to undergraduate students of mathematics, computer science, and secondary mathematics education, this volume provides an excellent reference for computer science professionals.

C. R. Wylie was an instructor at the University of Utah.A Dover OriginalClarence Raymond Wylie, Jr., had a long career as a writer of mathematics and engineering textbooks. His Advanced Engineering Mathematics was the standard text in that field starting in the 1950s and for many decades thereafter. He also wrote widely used textbooks on geometry directed at students preparing to become secondary school teachers, which also serve as very useful reviews for college undergraduates even today. Dover reprinted two of these books in recent years, Introduction to Projective Geometry in 2008 and Foundations of Geometry in 2009. The author is important to our program for another reason, as well. In 1957, when Dover was publishing very few original books of any kind, we published Wylie's original manuscript 101 Puzzles in Thought and Logic. The book is still going strong after 55 years, and the gap between its first appearance in 1957 and Introduction to Projective Geometry in 2008 may be the longest period of time between the publication of two books by the same author in the history of the Dover mathematics program. Wylie's 1957 book launched the Dover category of intriguing logic puzzles, which has seen the appearance of many books by some of the most popular authors in the field including Martin Gardner and, more recently, Raymond Smullyan. Here's a quick one from 101 Puzzles in Thought and Logic: If it takes twice as long for a passenger train to pass a freight train after it first overtakes it as it takes the two trains to pass when going in opposite directions, how many times faster than the freight train is the passenger train? Answer: The passenger train is three times as fast as the freight train.