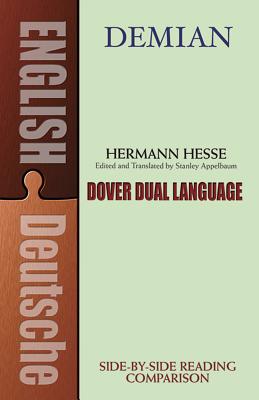 All I really wanted was to try and live the life that was spontaneously welling up within me. Why was that so very difficult?
Generations of readers have recognized the impassioned cry that introduces the young narrator of Demian, and embraced this tale of a troubled young man's struggle toward self-awareness. Initially published in Berlin in 1919, the novel met with instant critical acclaim, as well as great popular success among people seeking answers amid the devastating aftermath of World War I.
A brilliant psychological portrait of an individual's departure from social conventions in the search for spiritual fulfillment, Demian encompasses many of the themes associated with Hermann Hesse, its Noble Prize-winning author, particularly the duality of human nature and the quest for inner peace.
Considered an important work in the evolution of twentieth-century European literature, this perceptive coming-of-age novel enjoys a particular resonance with young adults, a fact that has made Demian a perennial favorite in schools and colleges all over the world. This inexpensive edition, featuring an excellent new English translation, is sure to be welcomed by teachers and students, and by the legions of confirmed Hesse fans.

Stanley Appelbaum served for decades as Dover's Editor in Chief until his retirement in 1996. He continues to work as a selector, compiler, editor, and translator of literature in a remarkable range of languages that includes Spanish, Italian, French, German, and Russian.