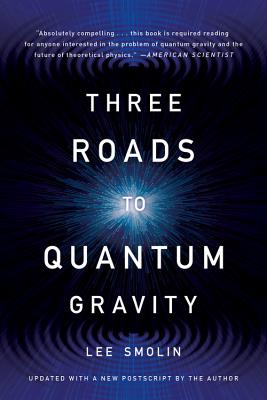 "It would be hard to imagine a better guide to this difficult subject." -- Scientific American

In Three Roads to Quantum Gravity, Lee Smolin provides an accessible overview of the attempts to build a final "theory of everything." He explains in simple terms what scientists are talking about when they say the world is made from exotic entities such as loops, strings, and black holes and tells the fascinating stories behind these discoveries: the rivalries, epiphanies, and intrigues he witnessed firsthand.

"Provocative, original, and unsettling." -- The New York Review of Books

Lee Smolin is a theoretical physicist who has been since 2001 a founding and senior faculty member at Perimeter Institute for Theoretical Physics. Fellow of the American Physical Society and of the Royal Society of Canada, Smolin was awarded the Klopsteg Memorial Award from the American Association of Physics Teachers and in 2008 was voted 21st on a list of the 100 most influential public intellectuals by Prospect and Foreign Policy Magazines. He was again on that list in 2015. He andMarina Cortes were also awarded the Inaugural Buchalter Cosmology Prize. He is the author of more than 150 scientific papers and numerous essays and writings for the public on science, as well as four books.

"[Smolin] argues lucidly and effectively that physicists should pause to reevaluate exactly what they mean when they use the words 'space' and 'time.' This is a deeply philosophical work."—New York Times Books Review

"A mix of science, philosophy, and science fiction, [this] is at once entertaining, thought-provoking, fabulously ambitious, and fabulously speculative."—New York Times