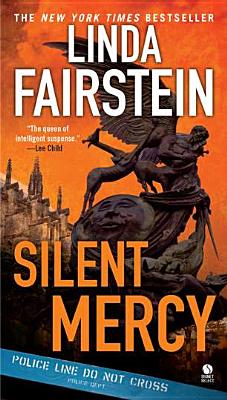 This is book number 13 in the An Alexandra Cooper Novel series.

Prosecutor Alexandra Cooper has been called to a Harlem Baptist Church, where a woman has been decapitated and set on fire on the church steps—with the imprint of a Star of David necklace seared into her flesh. Then a second body is found at a cathedral in Little Italy. Alex is blind to the sick and inconceivable motives feeding a particularly vicious serial killer—until she mines the depths of the city’s vast and serpentine religious history.

What Alex follows is a dangerous path that takes her far beyond the scope of her investigation, and directly into the path of a frightening and inescapable truth.

Linda Fairstein was chief of the Sex Crimes Unit of the District Attorney’s office in Manhattan for more than two decades and is America’s foremost legal expert on sexual assault and domestic violence. Her Alexandra Cooper novels are international bestsellers and have been translated into more than a dozen languages. Fairstein was the winner of the International Thriller Writers Silver Bullet Award in 2010. She lives in Manhattan and on Martha’s Vineyard.

"Gripping…Each outing with Alex brings a new view of this character and the city in which she lives." — Sun Sentinel

"Linda Fairstein has delivered another compelling crime novel set on the all-too-real streets of New York…a worthwhile read that fans of the Law & Order TV series will savor. After finishing Silent Mercy, readers will eagerly seek out her other novels."

"Fairstein excels at describing New York's complicated religious history as well as the vagaries of the city's legal and religious politics." — Publishers Weekly