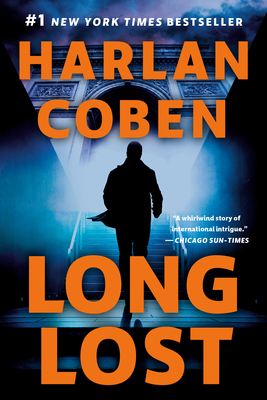 This is book number 9 in the Myron Bolitar series.

Master of suspense Harlan Coben ratchets up the tension as sports agent Myron Bolitar gets mixed up in some international intrigue in this #1 New York Times bestseller.

With an early morning phone call, an old flame wakes Myron Bolitar from sleep. Terese Collins is in Paris, and she needs his help. In her debt, Myron makes the trip, and learns of a decade-long secret: Terese once had a daughter who died in a car accident. Now it seems as though that daughter may be alive—and tied to a sinister plot with shocking global implications...

“One of those pulse-quickening stories that keeps us madly ripping through the pages.”—St. Petersburg Times

“What is perhaps Harlan Coben’s best written and most suspenseful thriller yet.”—Associated Press

“Coben is the master of taking impossible, even outlandish situations and somehow making them realistic. This is sure to please both Bolitar fans and those who have only read Coben’s roller coaster-ride thrillers.”—Library Journal