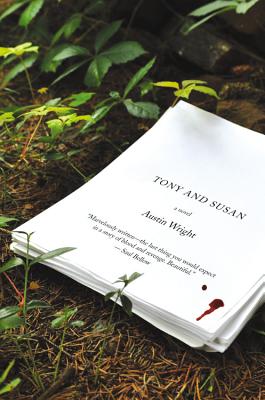 A complex web is spun when a woman is asked to read her ex-husband's novel. Rescued from obscurity, this 1994 thriller makes the reader an accomplice in the ultimate act of vengeance. — Charles Bottomley

Fifteen years ago, Susan Morrow left her first husband, Edward Sheffield, an unpublished writer. Now, she's enduring middle class suburbia as a doctor's wife, when out of the blue she receives a package containing the manuscript of her ex-husband's first novel. He writes asking her to read the book; she was always his best critic, he says.

As Susan reads, she is drawn into the fictional life of Tony Hastings, a math professor driving his family to their summer house in Maine. And as we read with her, we too become lost in Sheffield's thriller. As the Hastings' ordinary, civilized lives are disastrously, violently sent off course, Susan is plunged back into the past, forced to confront the darkness that inhabits her, and driven to name the fear that gnaws at her future and will change her life.

Tony and Susan is a dazzling, eerie, riveting novel about fear and regret, blood and revenge, marriage and creativity. It is simply one of a kind. "A superb and thrilling novel...extrodinary." -- Ian McEwan

"A perfect and literary puzzle, an irresistible tale anout marriage and murder, both thriling and moving." -- Scott Turow

"A page-turner of a literary thriller." -- Sara Waters

"Absolutely terrifying, beautiful, and appalling. Parts of it shocked me, and I am not easily shocked." -- Ruth Rendell

Austin Wright was born in New York in 1922. He was a novelist and academic, for many years Professor Emeritus of English at the University of Cincinnati. He lived with his wife and daughters in Cincinnati, and died in 2003 at the age of eighty.

"Marvellously written --the last thing you would expect in a story of blood and revenge. Beautiful."—Saul Bellow

"A masterpiece...A brilliant, brainy novel full of thrills...It would be easy to say that his critical intelligence dominates Tony and Susan, but Wright is a wonderful storyteller, a wonderful novelist...Tony and Susan makes one hunger to read more of Wright's work. "—Chicago-Sun Times

"A brilliant novel...Astute, cunning and thrilling in equal measure...deserves to be found by a whole new generation of readers"—Independent (UK)