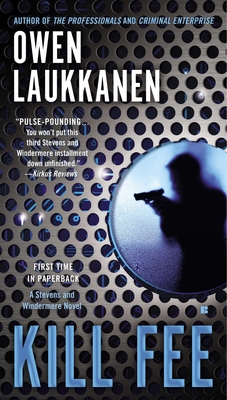 This is book number 3 in the A Stevens and Windermere Novel series.

The new Stevens and Windermere novel from one of the most dazzlingly acclaimed new writers in crime fiction.

The billionaire picked a heck of a way to die. On a beautiful Saturday in downtown Saint Paul, Minnesota, state investigator Kirk Stevens and FBI special agent Carla Windermere, witness the assassination of one of the state’s wealthiest men. The shooter is a young man, utterly unremarkable…except for the dead look in his eyes.

And it’s only the beginning. The events of that sunny springtime day will lead Stevens and Windermere across the country, down countless blind alleys, and finally to a very flourishing twenty-first century enterprise: a high-tech murder-for-hire social media website. But just who has the dead-eyed shooter targeted next…and who’s choosing his victims?