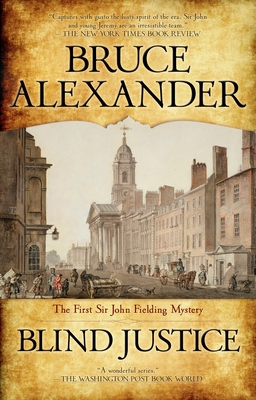 Reissue of the first of the late Alexander's outstanding series set in London in the 1760s, featuring a real historical figure: the blind justice Sir Henry Fielding, founder of the Bow Street Runners police squad and brother of the novelist Henry Fielding. — Louise Jones

Bruce Alexander is the pseudonym for a well-known author of fiction and non-fiction. The previous books in this series are Blind Justice, Murder in Grub Street (Named by The New York Times Book Review as a Notable Book in 1995), Watery Grave, Person or Persons Unknown (named by the Chicago Tribune as one of the best novels of 1997), Jack, Knave and Fool, and Death of a Colonial.