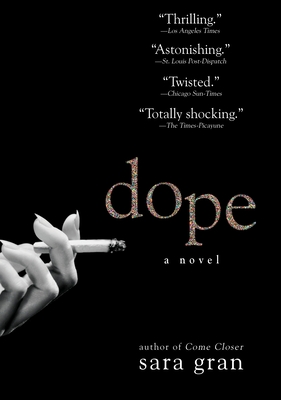 An entertaining dark tale set in 1950's New York. The parents of a missing Barnard student hire former drug addict, Josephine, to find their missing daughter. Joe scours the seamy side of New York searching for the young woman in this stylish noir novel. — Sarah Knight

From the author of Come Closer and the Claire DeWitt series comes a highly acclaimed—and unusual—gritty thriller about a missing girl... and the addict tasked with saving her.

Josephine, a former addict, is offered a thousand dollars to find a suburban couple’s missing daughter. But the search will take her into the dark underbelly of New York she thought she’d escaped—and a web of deceit that threatens to destroy her.

Sara Gran grew up in Brooklyn and graduated from Tufts University with a B.A. in cultural anthropology in 1993. Her first novel, Saturn’s Return to New York, was published in 2001, and is being currently being developed into a film by Domenica Cameron-Scorcese. Her second novel, Come Closer, was published in 2003 to overwhelming critical favor. Praised by Bret Easton Ellis as “one of the most precise and graceful pieces of fiction I’ve read in a long time,” it has since been published in eight other countries and has been optioned by The Weinstein Company/Dimension Films.

Her short stories have appeared in Atlantic Unbound, the online home of the Atlantic Monthly, Small Spiral Notebook, Haypenny, and the Land-Grant College Review.