The Stolen Ones (Hardcover) 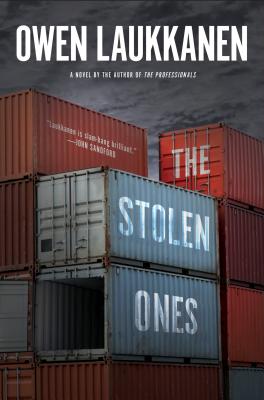 This is book number 4 in the Stevens and Windermere Novel series.

The blistering new novel from the author of the multi-award-nominated "The Professionals" Laukkanen is one of the best young thriller writers working today ("Richmond Times-Dispatch").
"When you ve got nothing left, you ve got nothing left to lose."
Cass County, Minnesota: A sheriff's deputy steps out of a diner on a rainy summer evening, and a few minutes later, he's lying dead in the mud. When BCA agent Kirk Stevens arrives on the scene, he discovers local authorities have taken into custody a single suspect: A hysterical young woman found sitting by the body, holding the deputy's own gun. She has no ID, speaks no English. A mystery woman.
The mystery only deepens from there, as Stevens and Carla Windermere, his partner in the new joint BCA FBI violent crime task force, find themselves on the trail of a massive international kidnapping and prostitution operation. Before the two agents are done, they will have traveled over half the country, from Montana to New York, and come face-to-face not only with the most vicious man either of them has ever encountered but two of the most courageous women.
They are sisters, stolen ones. But just because you re a victim doesn t mean you have to stay one.